C3 Presents has released the 2018 Austin City Limits Music Festival Economic Impact Report, announcing a $264.6 million contribution to Austin’s economy last year alone, the equivalent of close to 3,000 full-time jobs.  This figure represents a $10 million increase over the 2017 event ($255 million). Since 2006, ACL Fest has generated nearly two billion dollars ($1.965 billion) for the Austin economy, which is the equivalent of creating or retaining 21,500 jobs for Austin employees.

The 2018 ACL Fest also generated $5.1 million towards future park improvements across Austin.  For the past 13 years, ACL Fest’s partnership with Austin Parks Foundation has provided more than $35 million to improve, maintain and revitalize Austin’s public park system.  This unique relationship ensures that a portion of every ACL Fest ticket purchase supports parks in every corner of Austin. This $5.1 million is in addition to fees, maintenance, and restoration of Zilker Park, which are also paid annually by ACL Festival. 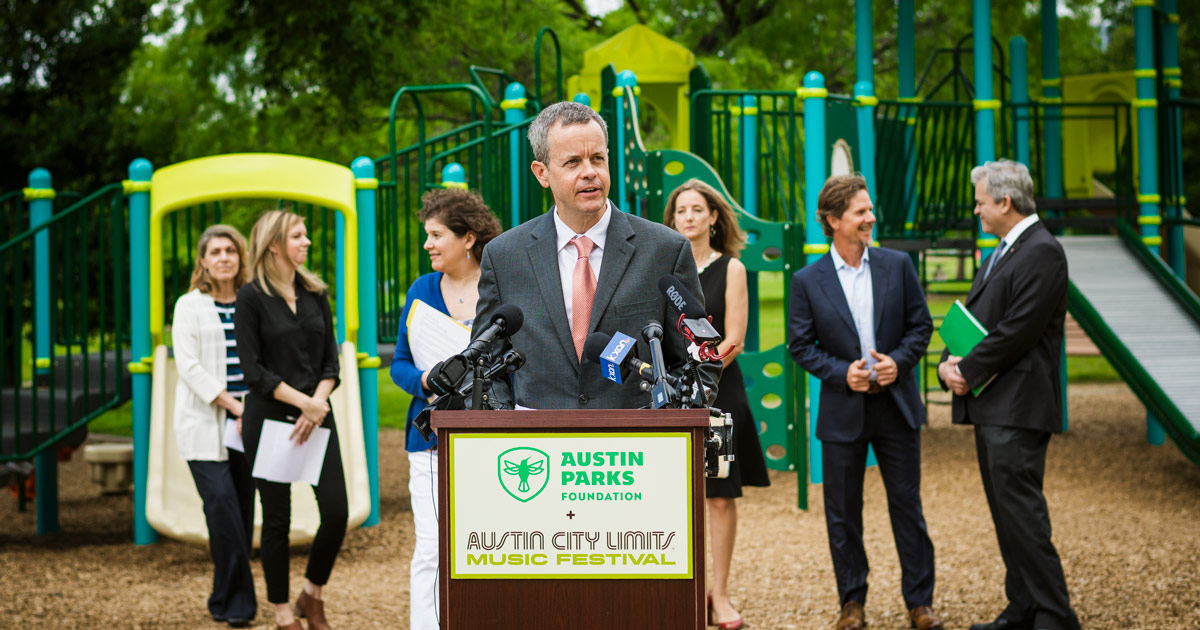 Proceeds from the 2018 ACL Fest will be put toward dozens of park projects in all 10 City Council districts, including but not limited to: 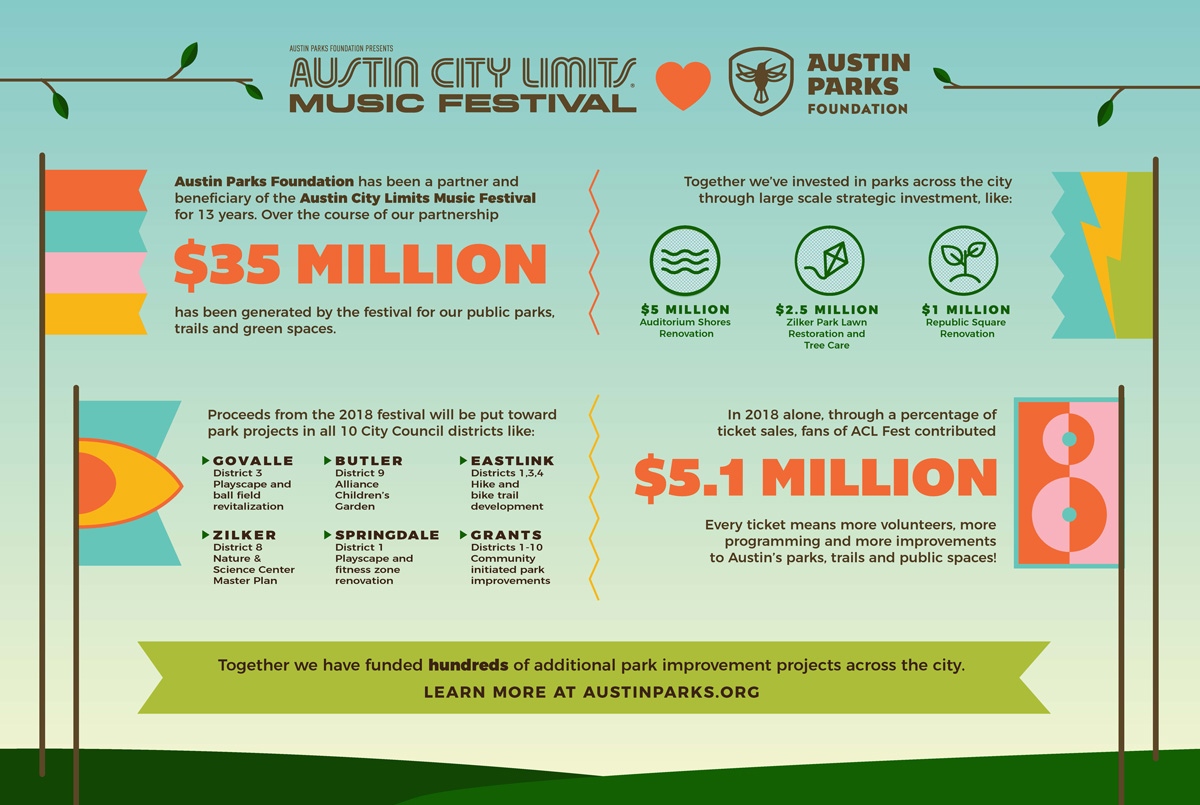 To view a snapshot of Austin Parks Foundation’s work in the Austin community and how ACL Fest fans contribute to improving the community all year long visit www.aclfestival.com/parks.

C3 Presents creates live experiences for millions of fans across the globe, setting the new standard each year for events that are as memorable as they are spectacular.  One of the world’s largest music festival producers, C3 is the force behind two of the most iconic multi-day festivals — Austin City Limits Music Festival in Texas and Lollapalooza in Chicago and its six international editions — drawing a combined 2 million music lovers annually.

Founded in 1992, Austin Parks Foundation (APF) is dedicated to partnering with our community to enhance people’s lives by making our public parks, trails and green spaces better through volunteerism, innovative programming, advocacy, and financial support. APF is focused on creating equitable access to great parks for all Austinites and helps fill the City’s funding and resource gap in order to develop and maintain Austin’s 300+ parks. APF fosters unique public/private partnerships and, since 2006, has given over $3 million in community-initiated grants in service to the greater Austin community. APF is known for its annual flagship volunteer event, It’s My Park Day, and is a presenting partner and beneficiary of the popular Austin City Limits Music Festival at Zilker Metropolitan Park. 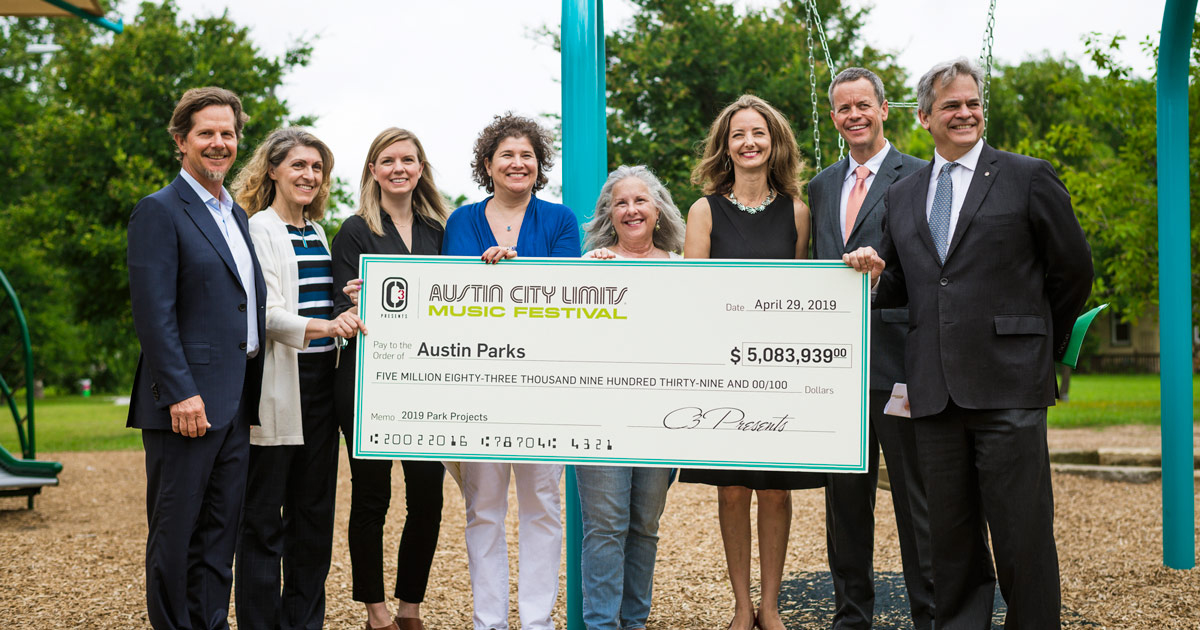 Fitness in the Park: Salsa at Pan Am