*Please note this park is not currently open to the public. Stay tuned for the latest developments on John Treviño Jr. Metro Park!*

John Treviño Jr. Metropolitan Park at Morrison Ranch, located in Southeast Austin, is 330 acres of largely undeveloped parkland. The park is named to honor the first Mexican-American/Latino elected to Austin City Council and selected as Mayor Pro Tem. He served our city and the East Austin community for 14 years.

In 2018, Austin Parks Foundation contributed $250,000 to the park's master plan, which is currently in development by the Austin Parks and Recreation Department (PARD).  The master plan includes input of key stakeholders and community members and will ultimately lead to a beautiful public space.

The land was used primarily for farming and ranching until 2016 when it was purchased by PARD. The parkland currently has a paved entry drive, two dirt road tracks, a farm house and several out buildings, but the best is yet to come. We're excited to see this park, only a fraction smaller than Zilker Park, transform into a wonderful community asset in the coming years. 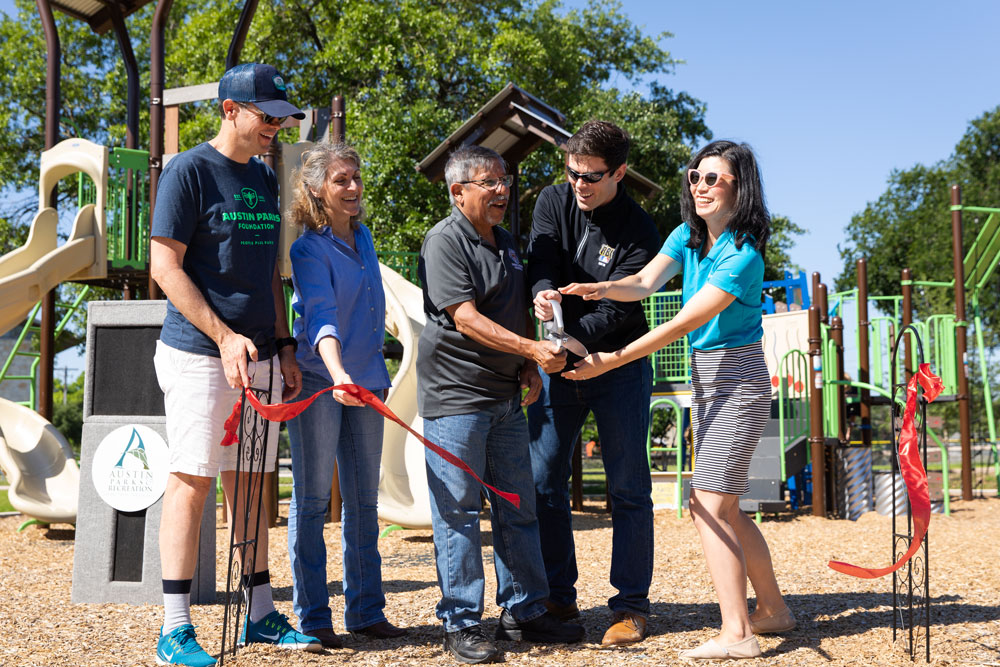 We're known for our annual flagship volunteer event, It’s My Park Day, and is a presenting partner and beneficiary of the popular Austin City Limits Music Festival at Zilker Park.

Volunteer in the Parks
Make A Donation

Donate to the Parks

Fitness in the Park: Salsa at Pan Am